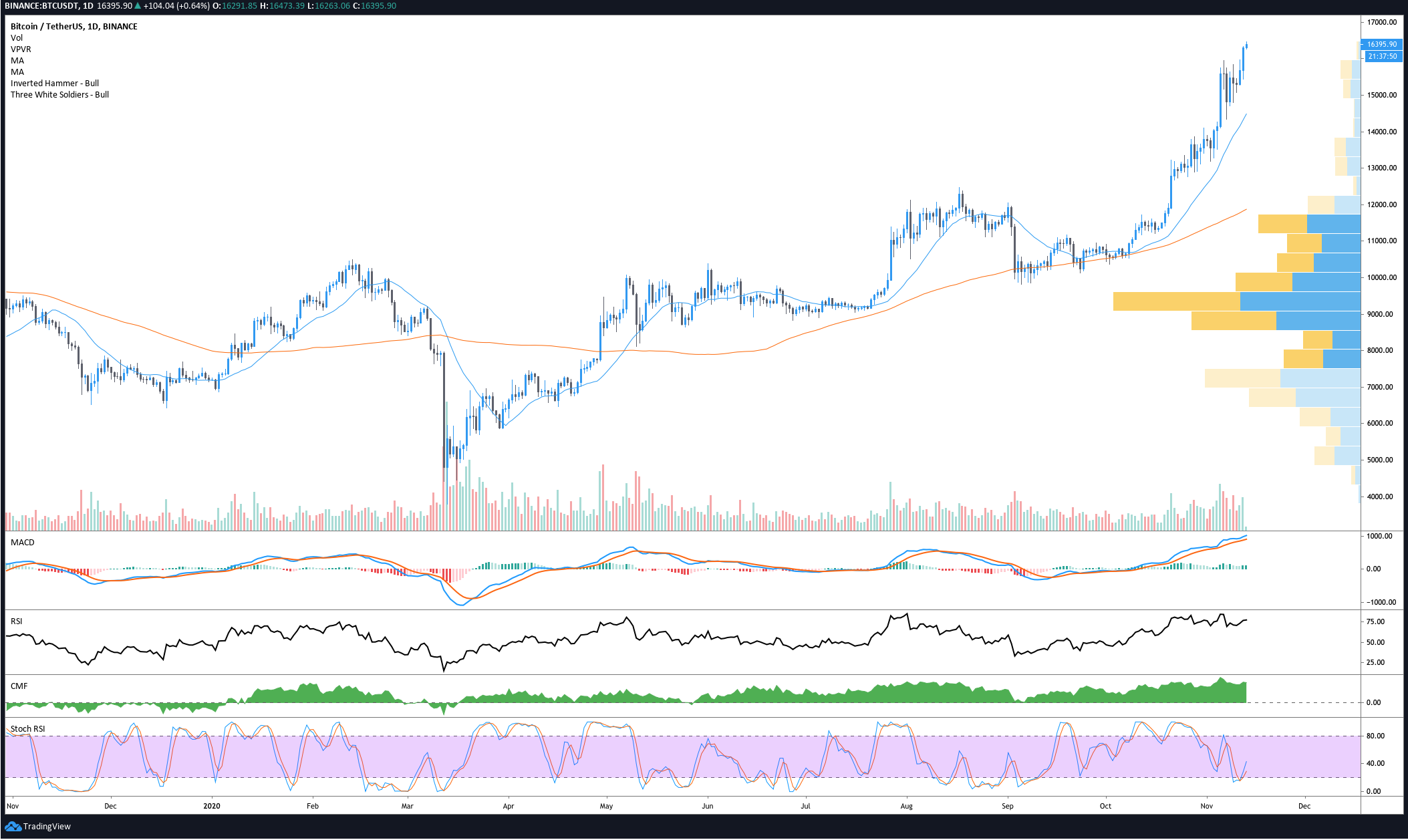 “Many levels beneath the current price are untested on the weekly timeframe. A healthy way to build up a new cycle is the backtesting of previous resistance levels as new areas of support.”

The analyst also said that the Crypto Fear and Greed Index has reached the “Extreme Greed” level, which can be interpreted as a sell signal according to Van de Poppe. 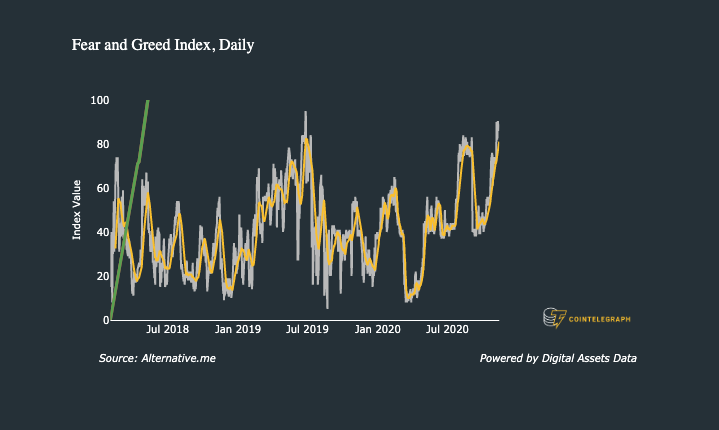 While stocks had initially surged after President Elect Joe Biden was declared the winner of the U.S. election but over the past few days coronavirus infections have risen to a record 150,000 infections per day which in turn has made investors fearful that a new phase of econoimc shutdowns could be announced.

It’s also possible that President Trump’s refusal to concede the election and the prospect of divided government under a Biden Administration could be negatively weighing on investors’ confidence in the future of traditional markets.

Bitcoin has largely ignored the downturn in stocks and the increasing spread of COVID-19 and at the time of writing the cryptocurrency is up 26.78% in November and 127.7% year-to-date.

Bullish news like PayPal’s announcement that it had nixed its waiting list for clients looking to trade cryptocurrencies is surely working in Bitcoin’s favor.

According to PayPal, crypto payments will soon be available to 26 million merchants globally and the payments giant also raised the trading cap for U.S.-based customers from $10,000 to $20,000 per week.

Given that PayPal has an immense users base, analysts are watching to see if there is an influx of new Bitcoin investors as this will likely result in increased demand and push the price even higher.

In other news, the DeFi revival continued as Uniswap again saw a strong surge in liquidity, bringing the figure to a record $3.2 billion. 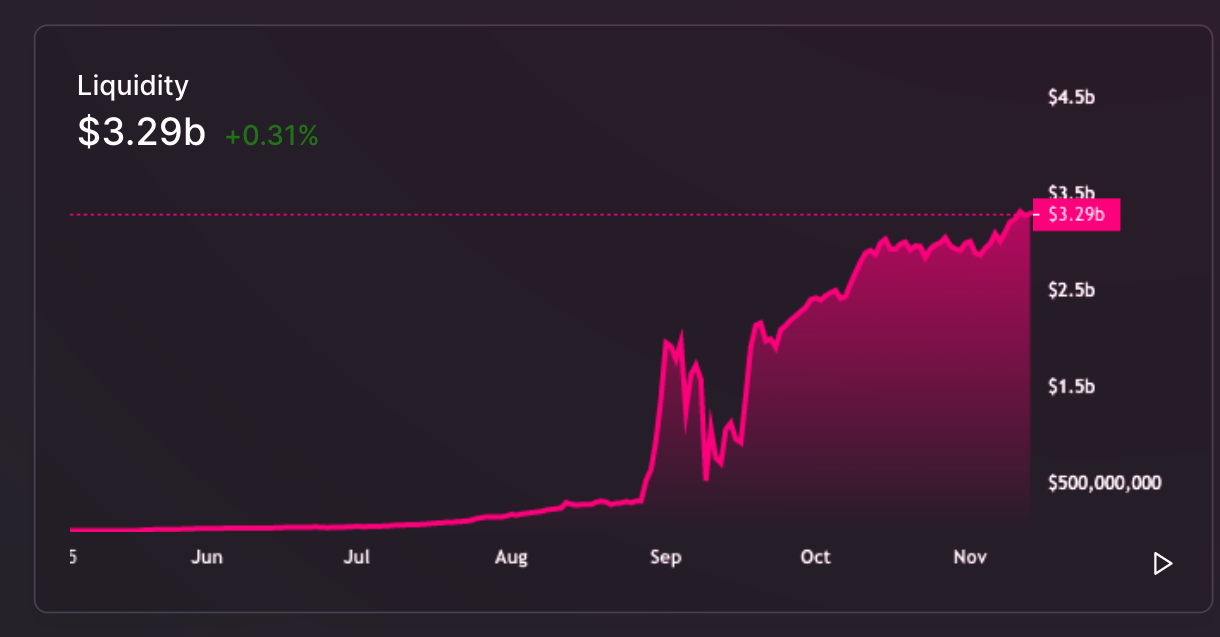 Data from DeFi Pulse also shows that the total value locked in DeFi platforms has soared to a $13.65 billion. This is another sign that investors are reigniting their interest in DeFi tokens, farming projects and many of the other opportunities that exist in the sector. 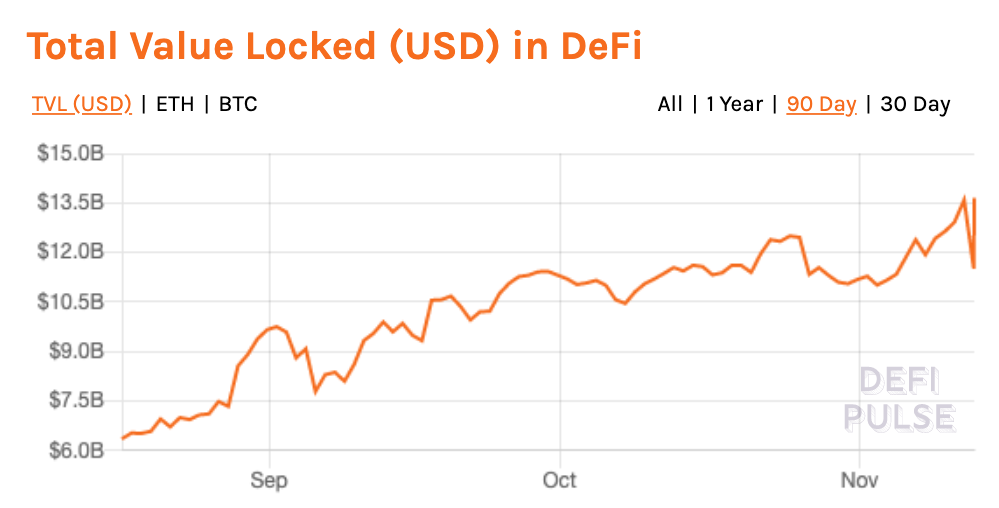 While Bitcoin price and volumes at an assortment of DeFi platforms have been on the rise, altcoins have seen marginal gains. Ether (ETH) moved up 1.29% to trade above $460 again, and Cardano (ADA) added 7.97%. Chainlink (LINK) was one of the stronger performers, rallying 12% to trade at $12.65.

According to CoinMarketCap, the overall cryptocurrency market cap now stands at $466.5 billion and Bitcoin’s dominance rate is 65.4%.