The Yearn.finance effect: Why SushiSwap (SUSHI) rallied 75% in 1 week

The price of SUSHI, the native token of SushiSwap decentralized exchange, has rallied 38% in the past 10 days.

At its monthly peak, the governance token had achieved a 75% price increase but the recent 10% pullback in Bitcoin price has weighted on SUSHI's price action. One of the primary factors underpinning SUSHI's bullish price action was a strong relief rally in the decentralized finance sector following an extended correction that dominated the month of October.

The most evident catalyst for SUSHI in the past two weeks was its merger with the DeFi giant Yearn.finance. 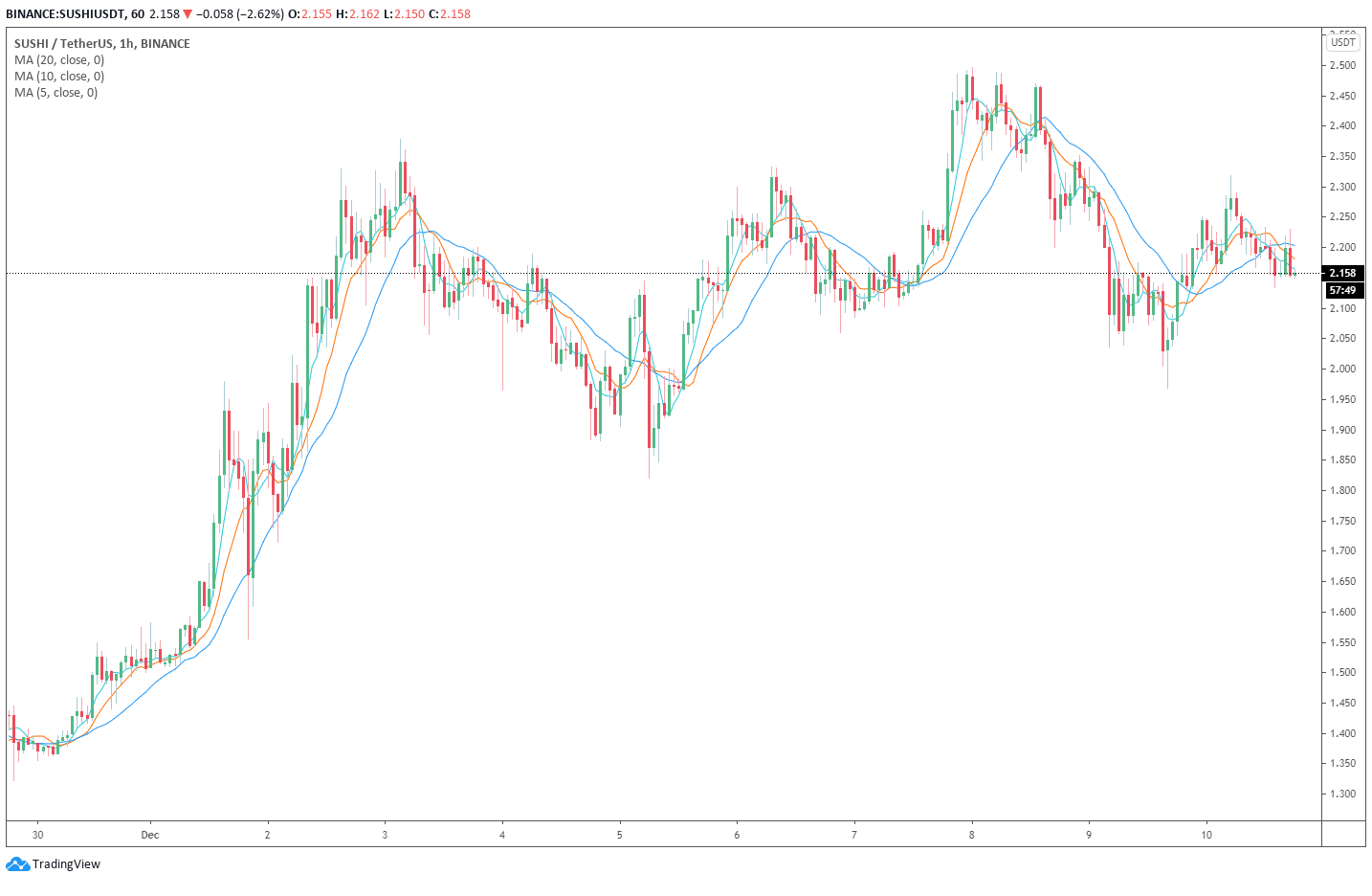 How the Yearn.finance merger adds value to SushiSwap

After surging to as high as $15.97 on Binance, the price of SUSHI abruptly fell below $1 in October after lead developer Chef Nomi unexpectedly sold roughly $12 million worth of SUSHI on the spot market.

As Cointelegraph reported, after a backlash from the community, Chef Nomi returned the funds and passed control of the project to other developers.

Shortly after Chef Nomi decided to return the funds he sold, the project began to rebound. As this occurred, ownership of the project also shifted to FTX CEO Sam Bankman-Fried in September. At the time members of the DeFi community perceived this migration as a hostile takeover but SBF said:

“I didn’t build sushi. I was called in and I’m trying my best to do what’s right for it. But a lot of people seem to have gotten sidetracked fighting against those trying to fix it. And I’m not the only one who feels that way.”

Since then, SushiSwap turned for the better, and eventually, transaction and trading volumes on SushiSwap returned. According to data from CoinMarketCap, SushiSwap processed $51 million in daily volume in the last 24 hours. Considering that the altcoin market took a hit after Bitcoin’s correction, this figure is relatively high.

SushiSwap's merger with Yearnfinance is intriguing for several reasons. First, it meant that SushiSwap would become a part of the Yearn.finance ecosystem. Second, it led to the strong synergy between the two projects because Yearn.finance was always in need of a custom automated market maker. Cronje wrote on Dec. 1:

“I had been outspoken in the past about the things that Sushiswap did wrong, but I cannot overstate how much they have done right. In the past weeks of interacting with 0xMaki I have developed immense respect for their character, their capabilities, and their execution.”

What's next for SushiSwap?

In the near term, the key to SushiSwap’s continued growth and upward trajectory is its volume. Currently, Uniswap is processing around $300 million per day,  which is six-fold SushiSwap’s daily volume.

We are excited to announce that we just kicked off our audit, yes audit... for @SushiSwap.
Credit to @0xMaki for such an amazing job coordinating.

In addition to increasing trading volume and active address on the platform, SushiSwap needs to establish more partnerships with relevant entities in the DeFi sector and wider crypto space.

On Dec. 5, Quantstamp announced that it has kicked off an audit of the SushiSwap protocol. When complete, this could further bolster investor confidence around the exchange and lure more traders to the platform.