Decentralized finance (DeFi) analytics platform DeFi Pulse has launched new safety ratings in alpha to enable users to compare the risks of on-chain protocols. However, the ratings system is still in development and does not factor in all risks, such as smart contract risks.nbsp;

In partnership with digital asset modeling platform Gauntlet, the grading tool looks at key factors including user behaviour, collateral volatility, relative collateral liquidity, protocol parameters, and smart contract risk. Each project is then given a risk profile ranking them between 1-100. 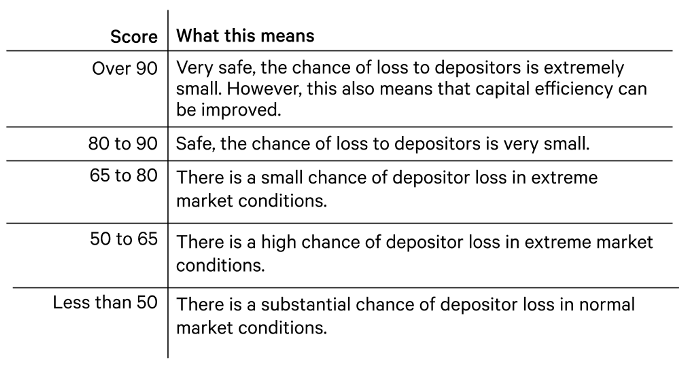 Decentralized lending protocols Aave and Compound are the first projects to be reviewed in the new Economic Safety Grade scheme, receiving scores of 95% and 91% respectively. MakerDAO is the next protocol scheduled to receive assessment.

DeFi Pulse stated, “In this initial alpha, these grades are formed by analyzing the historical liquidity and volatility data to find the collateral most likely to cause issues.” The team added that findings must be normalized before a rank can be given:

“The risk of the system for users borrowing stablecoins against this collateral is estimated and normalized to create the 1 to 100 grade you see on DeFi Pulse.”

The assessment tool does not aim to model smart contract risks, Gauntlet noted, asserting that “auditors and formal verification tools are best suited for assessing this form of risk.”nbsp;

Gauntlet highlighted that its safety assessment metric is still in the early stages, emphasizing that there are many potential risks associated with lending protocols not currently incorporated within its scoring system:

“An astute observer might have noticed we omit the case where the protocol is illiquid. We hope to model this as well as a few other things as we build towards a beta release.”

For now, Gauntlet’s system seeks to “determine the chance of insolvency in audited on-chain lending protocols.”

The growing popularity of DeFi has seen a corresponding increase in risk. It has given rise to an increasing number of fake tokens and scams. Last week, liquidity mining pool DeFi project Yfdexf.Finance completed an exit scam, taking $20 million in locked funds with it. Earlier this month, Uniswap’s rival SushiSwap caused a stir after the protocol founder Chef Nomi’s sudden departure. The new safety ratings tool won’t necessarily address all of these issues, but it’s a welcome start.